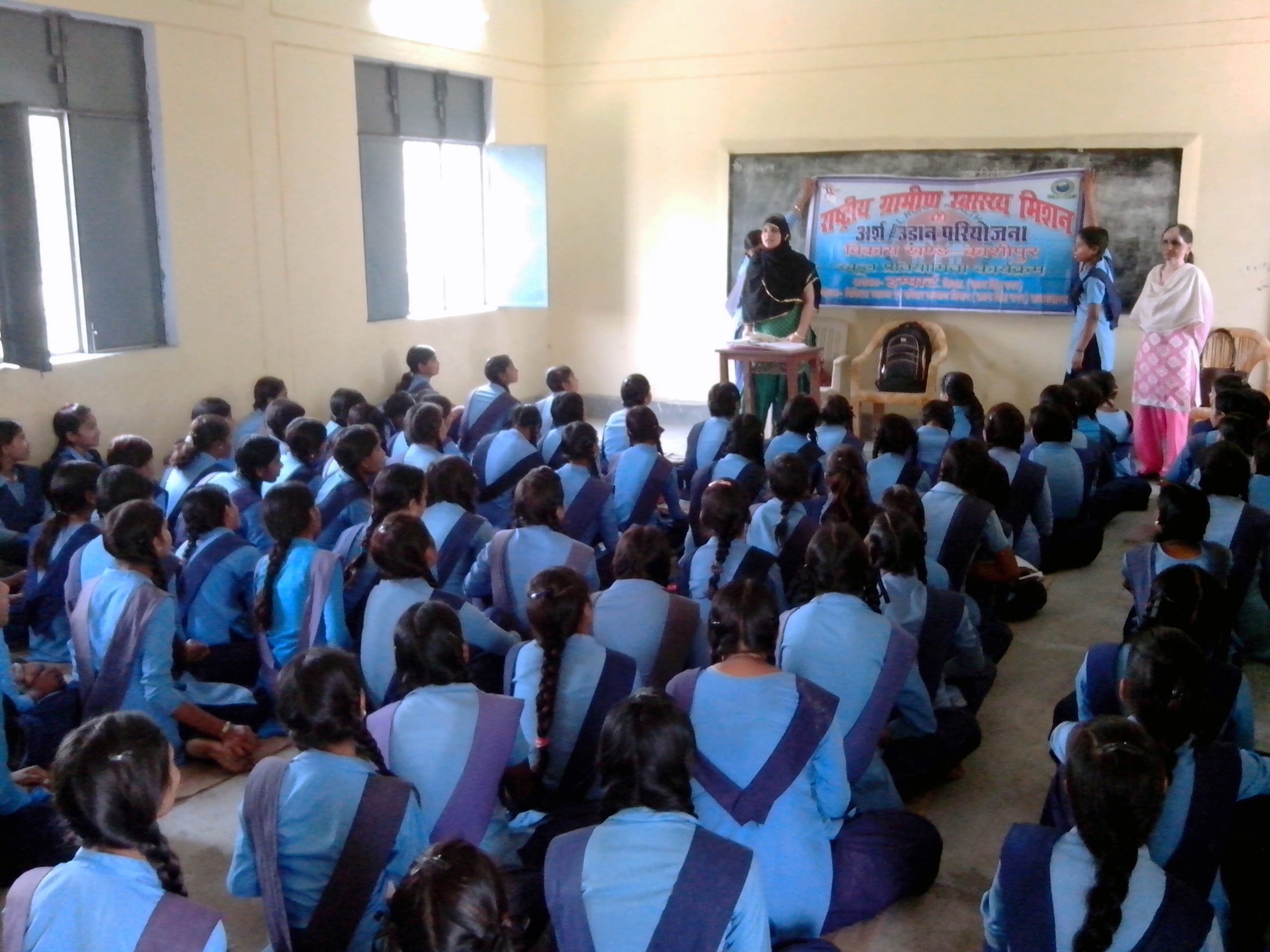 It is a matter of pride that IMPART has been selected both mother and field NGO for Adolescents Reproductive & Sexual Health (ARSH) program. In the year 2008, the ARSH intervention was initiated through a pilot project in the state of Uttarakhand with the external support of USAID under Innovations in Family Planning Services (IFPS) grant. The branding of the ARSH program in the state was done as “UDAAN – Understanding, Delivering and Addressing Adolescent Needs”. However, prior to this pilot few other intervention programs like KISHORI UTTHAN PARIYOJANA and others were also implemented in the state. In the year 2008 UKHFWS decided to initiate the pilot project, through USAID’s IFPS mechanism, in eight blocks of the four districts namely Dehradun, Haridwar, Udham Singh Nagar and Nainital. A midline assessment of the impact of UDAAN services in these pilot blocks was undertaken by UKHFWS through IFPS funds in the year 2010—11. Some of the key findings are being listed here:

In the subsequent year, UKHFWS expanded the ARSH – UDAAN project which is now running in 27 blocks of the state. A State Nodal Agency, CSHCS &SAMARPAN was also selected to provide the technical assistance to the UKHFWS on ARSH issues in terms of undertaking all the activities as envisaged in the concept note of ARSH – UDAAN project under the guidance of Programme officer RCH and state has decided to continue with the same agency as SNA in the year 2012-13.

Presently, the ARSH – UDAAN program is implemented in 27 blocks of 4 districts of Uttarakhand with the help of 12 Field NGOs at the block level and a State Nodal Agency for providing technical assistance to the SPMU within UKHFWS.

The comprehensive package of services was designed to respond to the diverse needs of different adolescents and includes promotive, preventive and curative services. The package also include services which may be beyond the purview of health per se, but are indirect determinants of the physical, social and mental well-being of adolescents.

The state proposes to expand the program in 15 blocks of remaining 9 districts of the state, the remaining 53 blocks in 9 districts will be covered in FY 2013-14 as second phase of expansion. In this way the state will ensure the 100% coverage of all the block by the FY 2013-14.

The ARSH-UDAAN program is proposed to be expanded in some blocks, 1 in 3 small districts ( Rudraprayag ,Bageshwar and Champawat) and 2 blocks in remaining 6 districts namely Uttarkashi, Chamoli, Tehri, Pauri Garwal, Pitthoragarh and Almora. There are 95 blocks in the state and 27 are already covered through the block level FNGOs and 68 are remaining in 9 districts, where no such program is undertaken. Hence, in addition to the existing 27 blocks, additional 15 blocks will be covered during next FY 2013-14 while the remaining will be propose in the next PIP for the FY 2014-15 to cover all the 95 blocks of the state.

ARSH Program in US Nagar, Uttarakhand:

As per the given targets, IMPART and its field NGOs has conducted following activities during the specified time span.